I was delighted to join Jeffrey Martin and Holger Schulze to be part of the 360 Cities team encharged with creating a new world record 360 degree panorama shot from the BT tower. The shoot was our biggest yet with alot of organizing and preparation. Extra equipment was kindly made available from our sponsors at Canon, Dr Clauss, and Fujitsu.

3 Days were spent up the tower in winds up to 35 mph, capturing all the shots we required to make this momentous panorama. 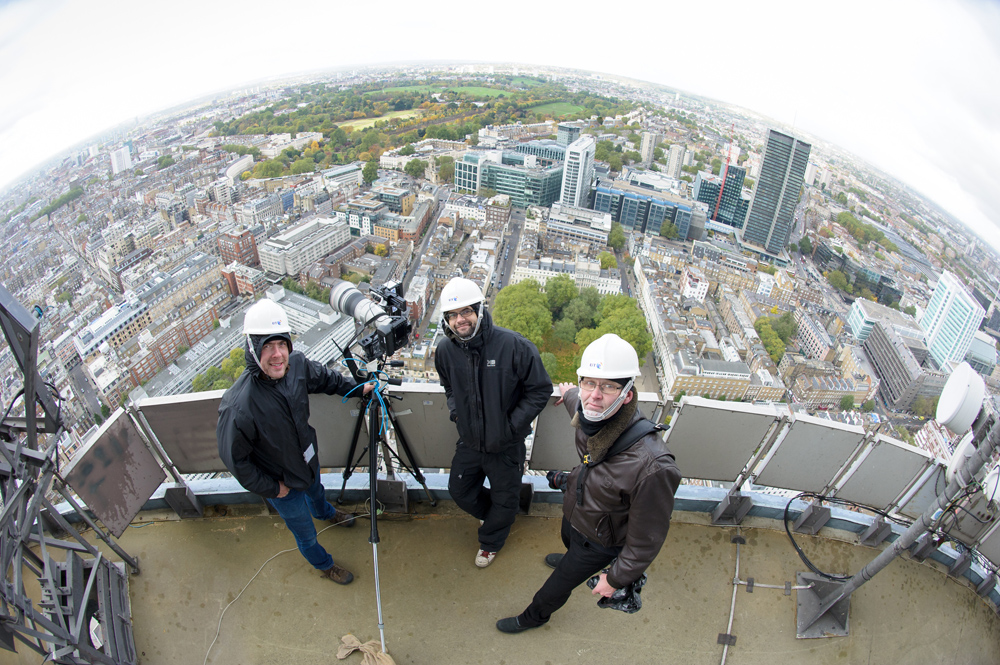 To overcome the fast changing light conditions 4 Canon EOS 7D cameras were used. On each we mounted a 400 mm Canon f/2.8L IS II USM lens, plus a Canon x2 Extender EF III teleconverter. This made a 1200mm zoom ! So narrow was the field of view that the robots were programmed to just move 0.1 degree. 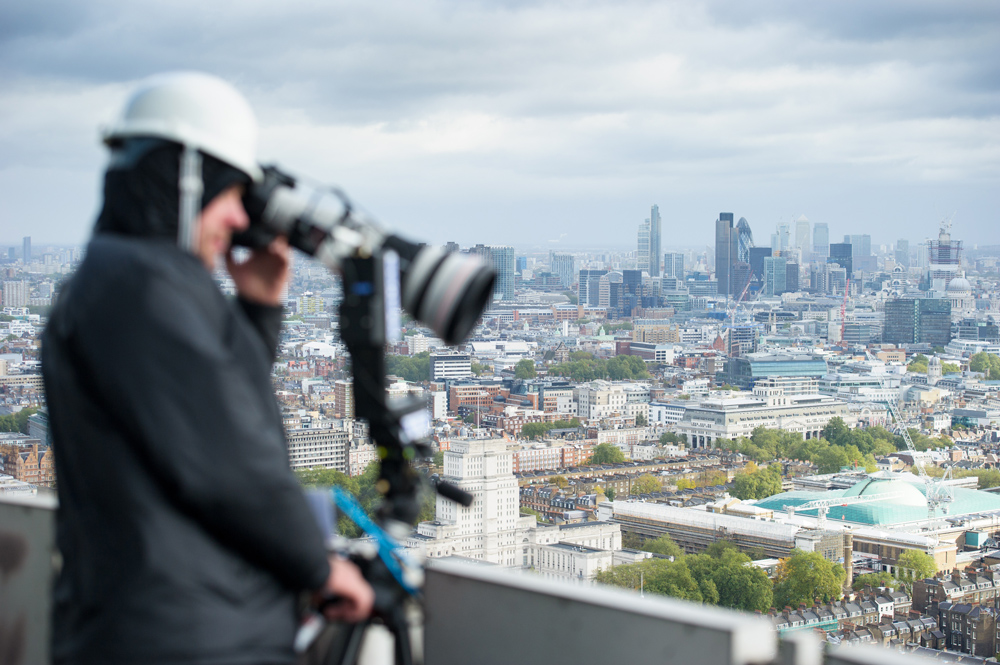 Each camera was set up on a corner of the tower, and were programmed on the Clauss pano heads to shoot 12,000 images in sequential rows and columns. The video below shows how awesomely fast the autofocus and shooting was.

After 3 days of shooting on 120 gig CF cards, transferring and saving data using 8 latptops and external drives, we had enough images to create for 360 x 180 degree mega panorama. 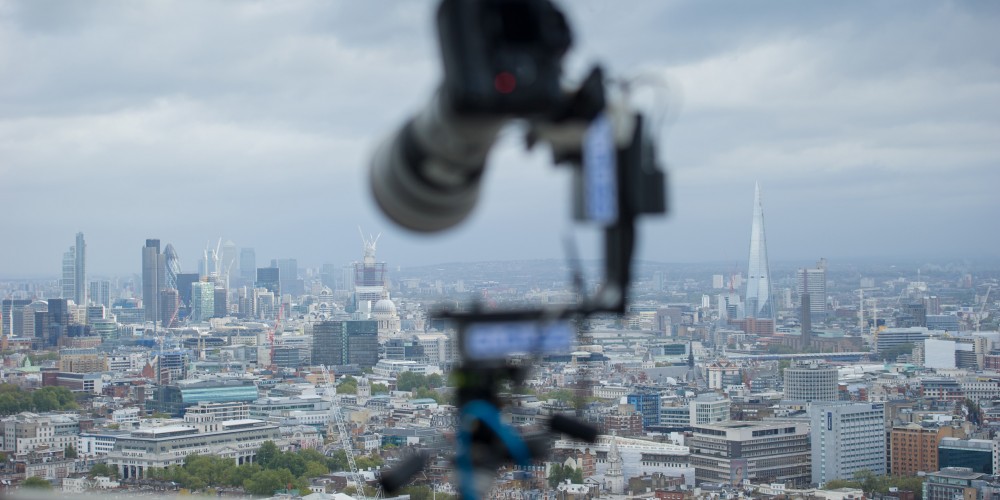 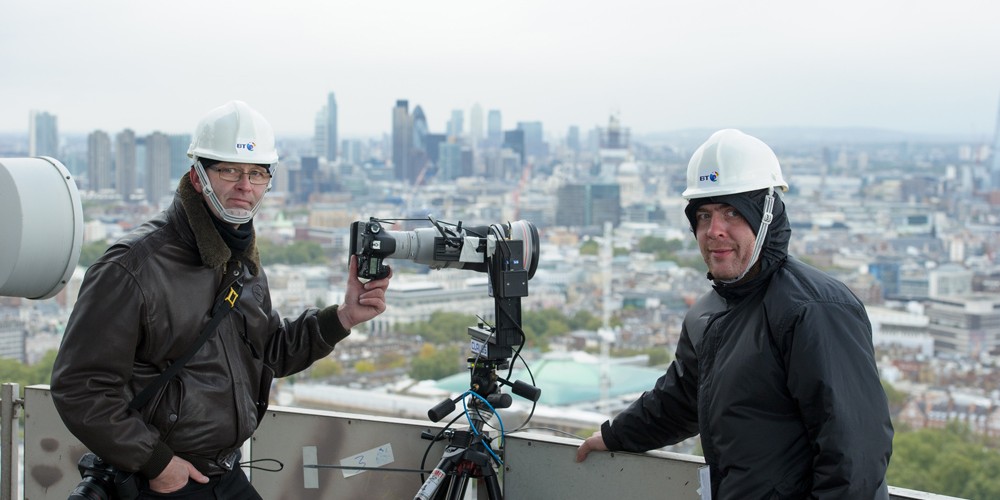 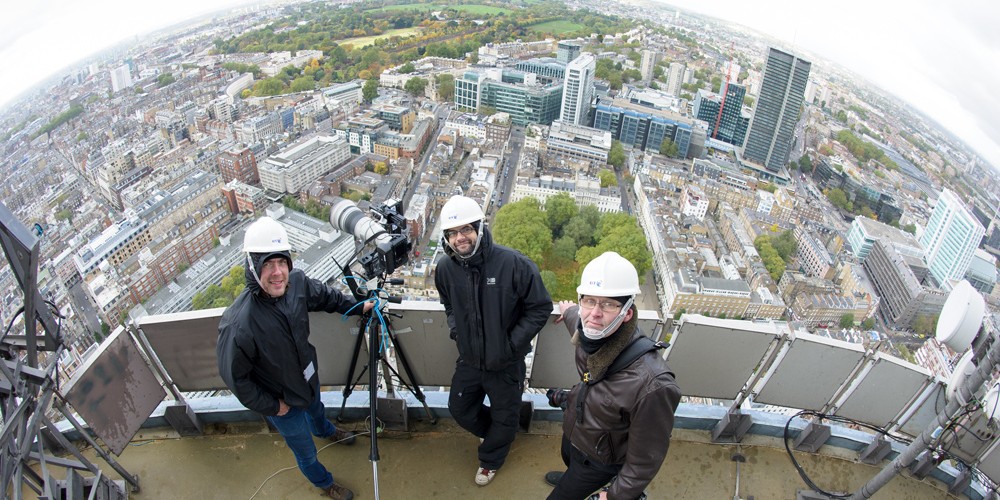 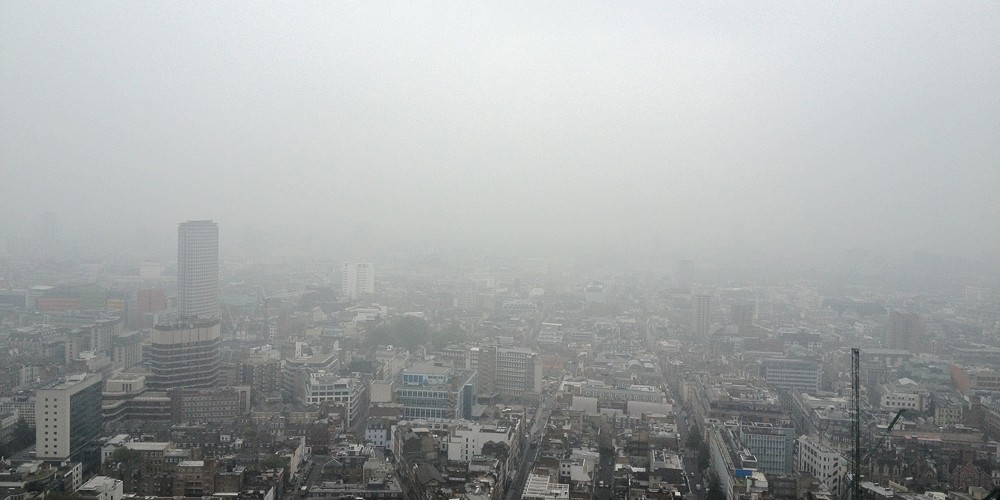 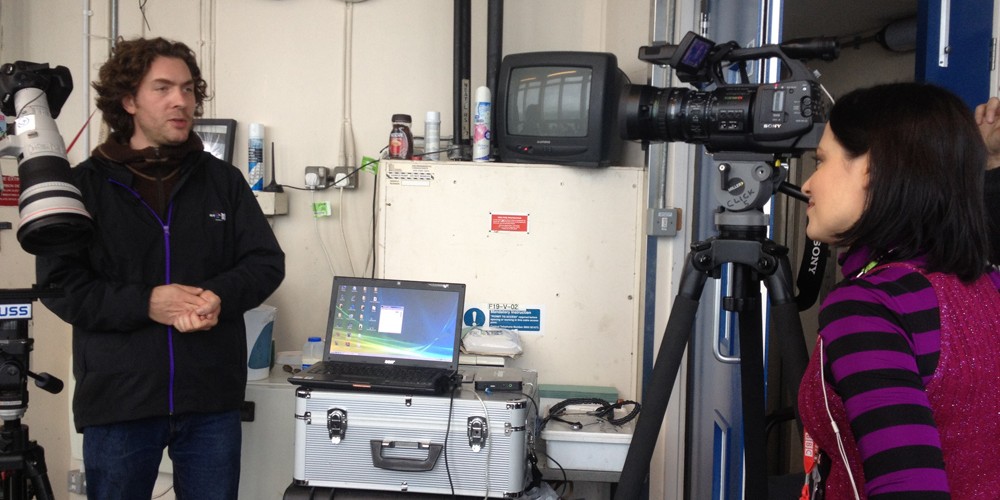 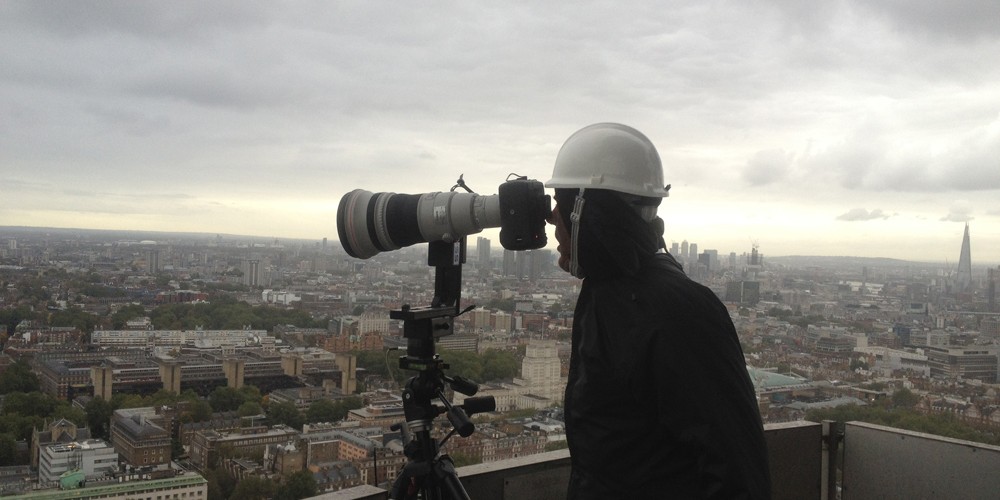 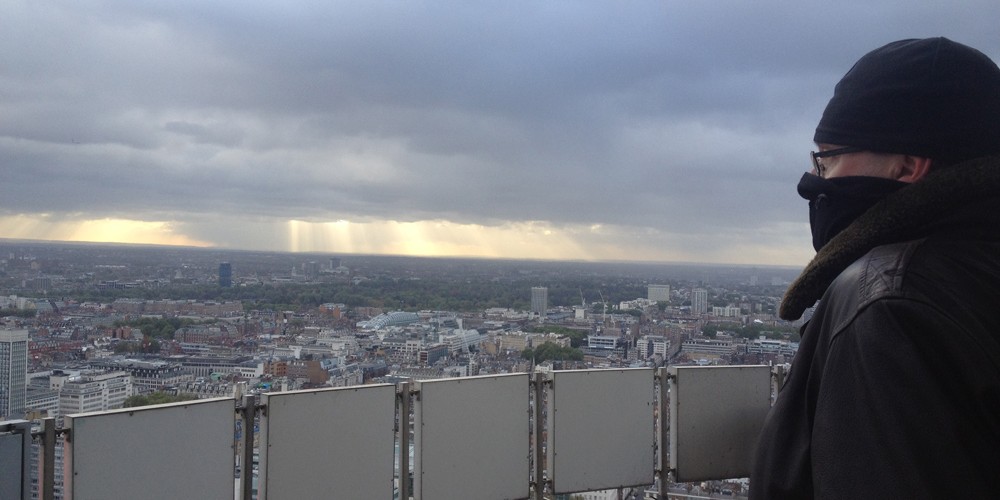 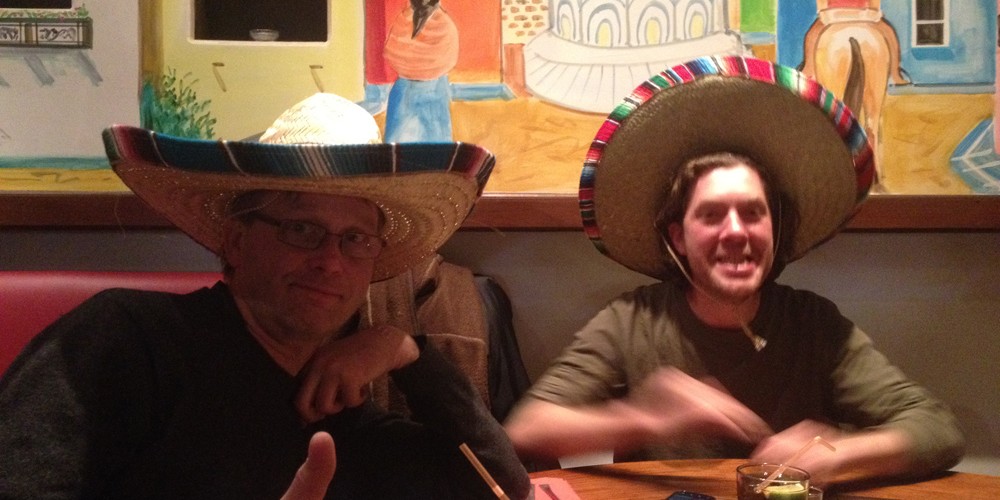 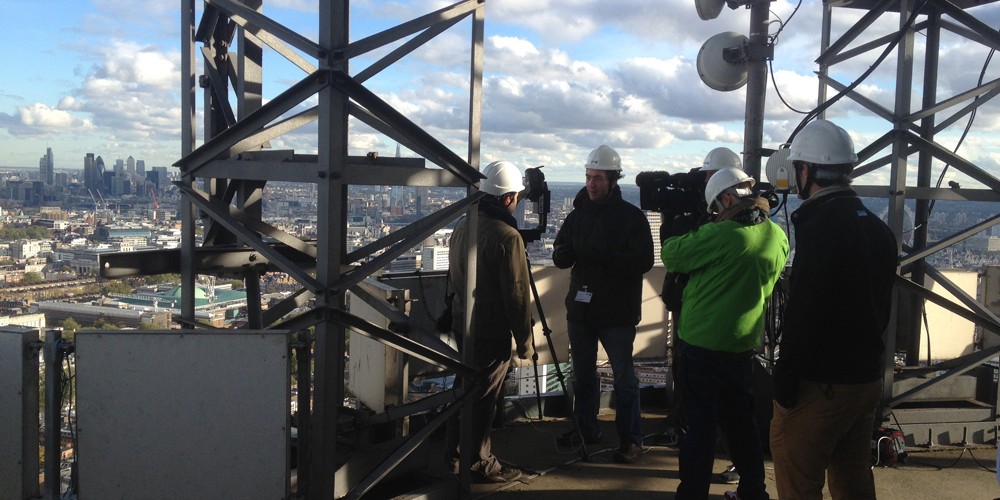 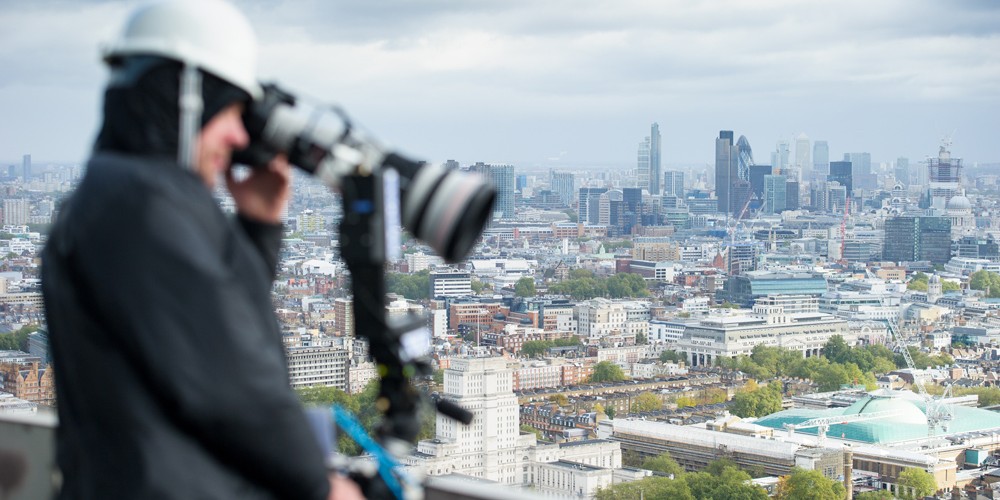 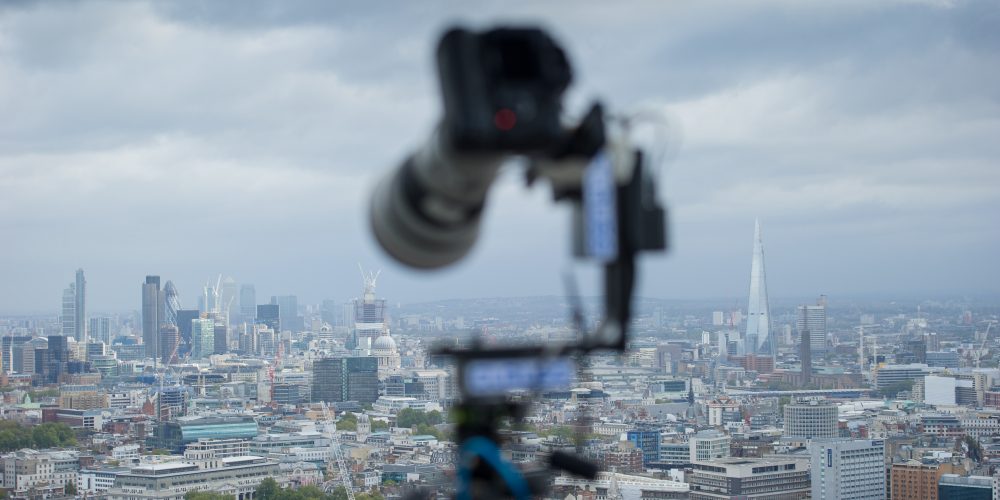 The panorama was released on the BT website a few weeks ago and was featured in all the major newpapers, blogs, and even TV.

Check below for links to coverage and a few bonus videos and images that have not been seen anywhere else. 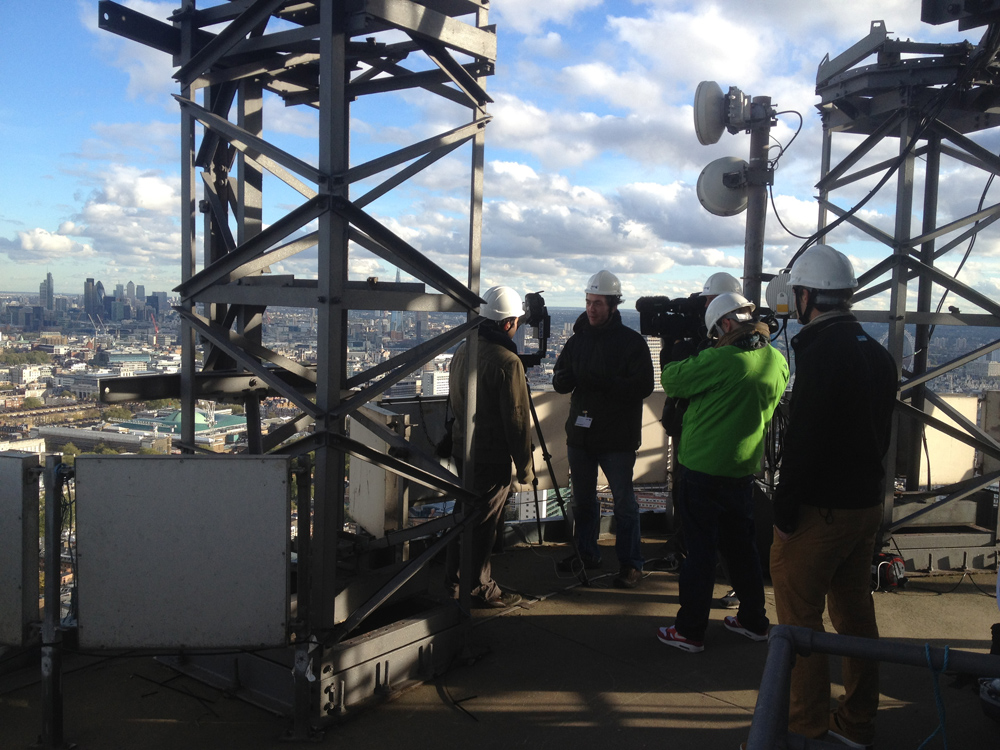 World Record Panorama featured on BBC, ‘The One Show’ 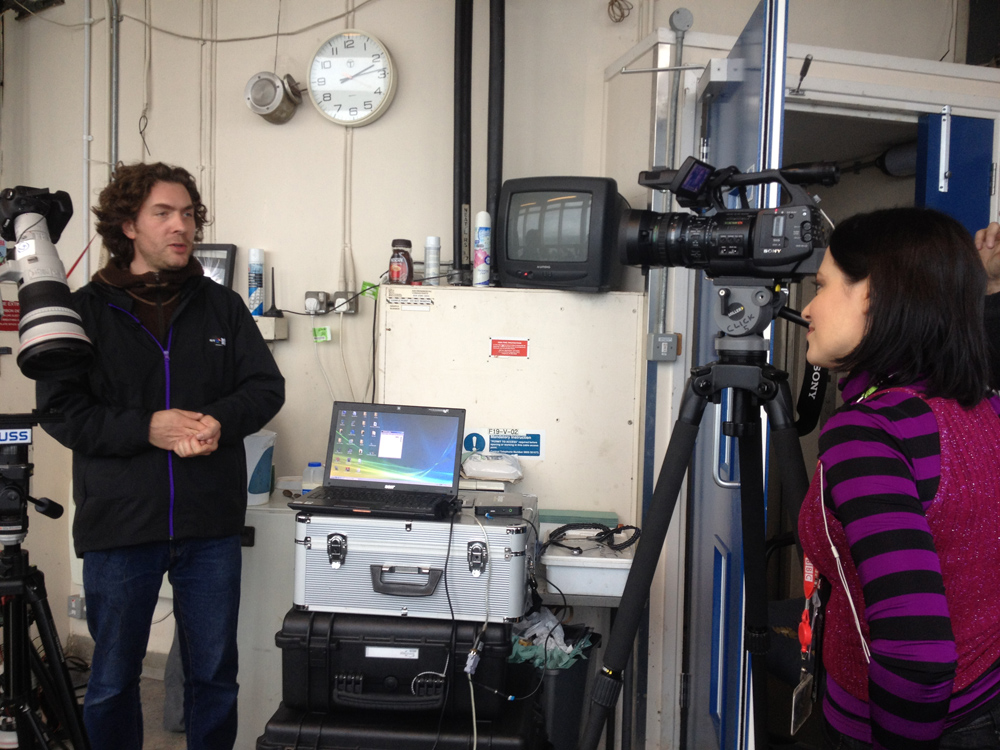 Here is behind scenes coverage of the London 320 Gigapixel BT Tower shoot.

Virtual tours on the Iphone and Ipad